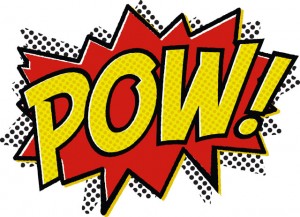 When I was a kid, I loved action movies. The little-kid-me loved to watch shit blow up. KABOOM! To the save the day the movie hero would light the fuse connected to a bundle of volatile dynamite sticks, book it out of the villain’s hideout just in time to nearly avoid the blast that could/would take out ten Godzilla-sized city blocks. He would avoid the blast—of course—by leaping outside of the destructive radius. This is the same reason why kids enjoy fireworks. Bright colors! Explosions! Cacophony of sounds!

Nothing much has changed today. Kids still love mindless violence and destruction. It’s why Michael Bay’s Transformers movies do so well. Giant robots. Eye-splitting explosions. Cities being destroyed. Billions of dollars in property damage. Today, we call this destruction porn. Through all this chaotic mess, in a Transformers movie, there is barely a human in sight. Not a single actor for the audience—children or adult—to connect with on an emotional level. Think about it… people sitting in the theater are cheering, waiting for the next building to collapse as a titanic robot in disguise is thrown against it during the battle. They are not waiting for the hero to conquer the villain, to win the day. When that happens, the movie ends and no more shit is blown up. The movie shouldn’t end until everything is blown up! They should never stop blowing shit up! Let it burn!

Maybe I’m getting old but this type of entertainment doesn’t interest me anymore.

Most people will say I just don’t wanna watch anything fun. I don’t wanna turn my brain off and loss myself in mindless stimuli.

These days I care about how people connect. How they connect to each other, to their world, to their culture.

For this reason, I enjoy a little soupy goodness in my entertainment. And that’s what soupy is. It’s drama.

I finished reading Brandon Sanderson’s “Firefight” earlier this year, it’s the second book in his Reckoners series and the sequel to “Steelheart”. The series is a young adult novel about the evil super-beings who’ve subjugated humanity and the group of normal humans who must stand up and fight their oppressors. Basically the Reckoners series is superhero story turned upside down. Lots of BAM! POW! KABOOM!

Sanderson does the action well. His narrative is fast paced, the fight scenes are simple and easy to follow, you don’t get lost in the destructive details of people smashing into buildings or riding on columns of water through a flooded New York City. All that stuff is cool, don’t get me wrong. But it’s the quiet moments in that novel that are the most engaging for me. When the main protagonist David Charleston is talking with the other Reckoners, discussing why the people with superpowers have gone bad and if they can be redeemed, those are the powerful moments. Through those personal moments the reader understands each character’s motivations, their fears, their beliefs, the driving forces behind their actions. When we know those characters better, when they become less of characters and more people is when we empathize with them. When we empathize with those people, we as readers can then root for their success, mourn their defeats, and cheer when they get back up despite the insurmountable odds.

There is a quiet moment in “Capital America: Winter Soldier” that sticks out to me. It’s when Cap and Black Widow were driving to the military camp that Steve Rodgers trained at prior to receiving the Super Soldier Serum and becoming Captain America. The two characters connected in this moment in the car as they talked about their pasts and their philosophies. After that conversation, we know why Cap and Widow fight. We’re invested in their triumphs and ready to face certain death with them in those moments when they fight brain-washed friends and try to take down city-spanning Helicarriars. The destruction and tragedy that happens later means more to us as an audience. Later, after Cap beseeches and rallies the S.H.E.I.L.D. staff to fight against the H.Y.D.R.A. double agents, you’re ready take up arms and fight with those characters to overturn the bad guys’ plans. You know where his heart is in that speech because of the quiet moment he shared with Widow. When Widow later testifies in front of Congress about S.H.E.I.L.D.’s motives and past deeds, about the dark things in her past, we know why she’s laying bear her soul and how much courage that requires.

So, I’m getting old. I enjoy the quieter moments in movies and books where characters fall in love, laugh, cry, motivate each other. It’s usually in those moments where mysteries are solved and important information is provided that takes the audience further toward that final step to the conclusion of the novel’s central problem. Heroes doing cool shit and saving the day is fun, but I need to care about these characters, these people first. Aww, the feels.

Three high school teens in the woods on a Friday night… some beers… skaters with a grudge… what could go wrong? Add in a couple of genetically created … END_OF_DOCUMENT_TOKEN_TO_BE_REPLACED

A dark short story about one man’s oversight concerning his death.  Since dying was just not part of his daily routine, the man just went on with his … END_OF_DOCUMENT_TOKEN_TO_BE_REPLACED