Most people don’t know but I’m currently in the middle of writing a big epic fantasy. Trust me, that last line is not redundant. My blog. My rules.

But I wasn’t ready. 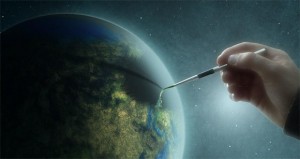 Creating an epic is a lot of work. You’re building a world from scratch. A good deal of the world building happens up front. The shape of the overall story is sketched. A history written. A continent drawn. Races and religions to live there developed. Characters named. Magic systems created. But there is also some of the world building that is done during the actual writing. The way I’ve approached outlining is I leave gaps in the outline to fill with more details of the history, deeper character development, names of additional characters I didn’t know I needed. The overall structure of the world is there before I start but the little details only happen until later, when I dive in the deep end of the story.

My new world isn’t typical. It’s not sword & sorcery or sword & sandals. I wanted to create something different. No elves. No dragons. In this world a person just doesn’t wave their hand and magic spews out. This is not my point, though. The fact that this new world I’m playing in is different from the usual fair is only context and for those curious.

When building this new world, when building any world, I had/have to consider cause and effect. In other words, everything I created caused me to create something in relation, something that was a product of the previous decision or design choice.

Simple example: Say I create a world in which people live in the sky. Alright? People live in towers or hovering cities. With me so far? Naturally there’s a reason why people don’t live on the ground? Sure. The world below is populated by purple people eating monsters. People escaped to the sky a thousand years prior. Weird, but are you still with me? Right here I’ve created lore, history, just by rewinding the clock on the current time period the story takes place during. The people living in the sky have to trade with each other. There are multiple cities. To trade the people create airships. How? Doesn’t matter right now. Cause I say so, damn it! Anyway. Right there you have part of this sky world’s commerce. The how the sky people trade would be the next part. Build out from there. 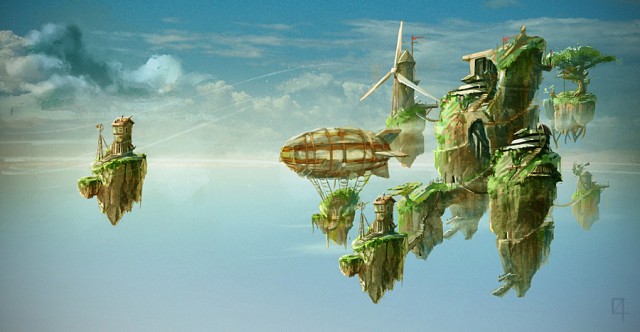 Nothing earth-shattering here. Just a… hold on… click… I just pulled a chain and turned on a light bulb.

In my life I don’t do things just because. I want to know the why. I want to understand the methods and the steps. Recreation, the schematics of thinking, is what leads to knowledge and mastery.

Three high school teens in the woods on a Friday night… some beers… skaters with a grudge… what could go wrong? Add in a couple of genetically created … END_OF_DOCUMENT_TOKEN_TO_BE_REPLACED

A dark short story about one man’s oversight concerning his death.  Since dying was just not part of his daily routine, the man just went on with his … END_OF_DOCUMENT_TOKEN_TO_BE_REPLACED