Origin stories are a staple of the fantasy and science fiction genres, comic books especially. Wide-eyed farm boy gets whisked away on an adventure, comes into his powers, saves the world/galaxy. Baby is sent off into space/down river from a dying world/planet, grows up, inherits powers, learns how to be a hero. Young man goes off to a war, sees some terrible shit, comes home to liberate his homeland. Mashed into all these stories are the trials and tribulation of the hero.

I could go on with examples. But readers have encountered these. Over. And. Over. Again.

At no time more than today are people sick of these stories. Mostly through Hollywood recycling these stories to the familiar public, and mostly with the high grossing, abundance of superhero films. Disney did this when it released The Force Awakens and launched a new trilogy in a little space opera series a few people might have heard about. Forty years ago audience met Luke and went on his journey. Now audiences are following Rey’s Bildungsroman. Audiences are back for another origin!

Call it what you will: coming-of-age story, origin story, a character’s introduction tale. All are the same.

This is why young adult fiction is so prominent today.

This type of story speaks to young readers especially because they go through their own growth, come into their own, forge their own path.

I’ve heard people talk about being tired of these stories. So the question becomes, in the time of market saturation, where there is so much media to consume, so many types of media to choose from, are these origin stories necessary any more? Is the origin played out? 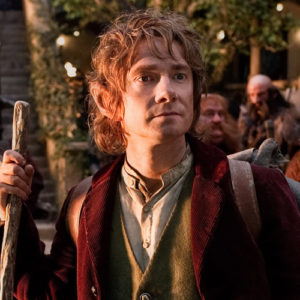 No, I don’t think so. Seeing a character’s journey from naivety to full competency is relatable and rewarding. This doesn’t have to be a child going off on an adventure and growing into an adult with great power and saving a ton of people either. Sometimes this story of awakening can be from the perspective of an adult, from someone cut off from one world, introduced to a foreign setting, and then he/she must navigate and grow into a new role in this new world.  Bilbo Baggins in The Hobbit is a great example of an older protagonist who comes into his own on a life changing journey. More recently is Katherine Addison’s The Goblin Emperor, about a half-elf half-goblin who’s thrust into the role of emperor when his estranged family all dies and he’s the only heir. 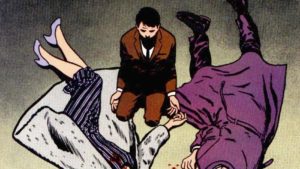 I will say this: Experiencing the same origin story over and over is exhausted and unnecessary. If I have to see Bruce Wayne’s parents die one more time I’m going to shoot myself! The only exception is when a new angle is brought forward to completely change the audience’s experience.

The most effective way to do an origin or coming-of-age story is to flip the mechanics around. That’s not hard. I maintain there are few truly original stories. Authors simply change the details, the circumstances, the characters around to create what people think are original stories but… no. You’ve seen something similar before. This is inspiration.

Coming of age or origin stories are also essential for different types of stories. A new IT movie is coming out this summer, a story based on Stephen King’s novel. A story like that doesn’t work without the perspective of the children, who are the main characters. To experience the terror from the Losers Club is what makes that story so terrifying. Later when the children are grown up and have to confront that evil they left behind, that they forgot about, it’s their story as children that allows the audience to relate to the grown ups. This is a coming of age story if nothing else and the entire story of IT doesn’t work without the character’s childhoods explored.

The fresh recruit, a teenager going off on an adventure is also a key component in a successful D&D game. Players learn about their characters as they grow. Playing a grizzled veteran at a high level doesn’t immerse a player just coming into a story or starting a campaign. 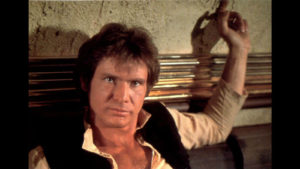 There is the other side of the argument here: That dropping the audience into a story with veteran characters is an exciting story. Many war movies thrive on his dynamic. Saving Private Ryan or Band of Brothers are about a group of soldiers with experience. Heck, going back to our modest little space opera, a lot of people like Han Solo over Luke. He’s dashing. Experienced. World/galaxy wary. Okay, I get the appeal of a seasoned operator or character. The power and confidence. But only does the story work when the veteran is confronted with something he/she can’t handle or doesn’t have the answers for. That raises stakes. With a novice character there’s already stakes. They don’t know what the fuck they’re doing! Put the confident protagonist in the similar situation, but one where he/she must be broken down, taught a new lesson, their insight challenged and reassessed, we have character growth, forward momentum, and engagement or connection with the audience.  Han Solo is great when he shoots Gredo (first), but only does the audience feel an immense connection with him when he saves Leia, takes his reward, leaves before the final battle because none of this is his fight, but then comes back in the end to buy Luke enough time to blow up the Death Star. This is outside Han’s character, or how the audience knew him at first. By the end of A New Hope he’s not just a dashing smuggler whose seen it all but the man he was always supposed to be. To me, this is the same type of story as another hero’s coming-of-age or their origin.

When boiled down, the origin, or the journey of a character from bright eyes to hardened experienced bad-ass is one about growth with stakes raised, met, and sometimes leaped over in a single bound!

Is the origin tired and played out? No. Authors, writers, storytellers are always telling origin stories. Its just repackaged in a way that the audience wasn’t expecting. Maybe its time only to make this type of story less obvious?

Three high school teens in the woods on a Friday night… some beers… skaters with a grudge… what could go wrong? Add in a couple of genetically created … END_OF_DOCUMENT_TOKEN_TO_BE_REPLACED

A dark short story about one man’s oversight concerning his death.  Since dying was just not part of his daily routine, the man just went on with his … END_OF_DOCUMENT_TOKEN_TO_BE_REPLACED