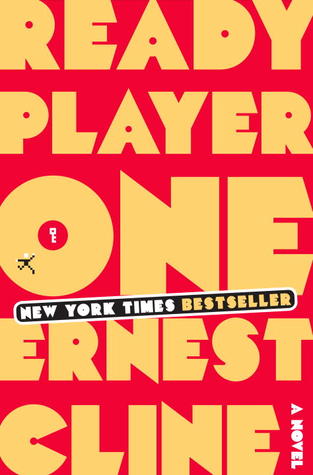 Like most of humanity, Wade Watts escapes his grim surroundings by spending his waking hours jacked into the OASIS, a sprawling virtual utopia that lets you be anything you want to be, a place where you can live and play and fall in love on any of ten thousand planets.

And like most of humanity, Wade dreams of being the one to discover the ultimate lottery ticket that lies concealed within this virtual world. For somewhere inside this giant networked playground, OASIS creator James Halliday has hidden a series of fiendish puzzles that will yield massive fortune–and remarkable power–to whoever can unlock them.

For years, millions have struggled fruitlessly to attain this prize, knowing only that Halliday’s riddles are based in the pop culture he loved–that of the late twentieth century. And for years, millions have found in this quest another means of escape, retreating into happy, obsessive study of Halliday’s icons. Like many of his contemporaries, Wade is as comfortable debating the finer points of John Hughes’s oeuvre, playing Pac-Man, or reciting Devo lyrics as he is scrounging power to run his OASIS rig.

And then Wade stumbles upon the first puzzle.

Suddenly the whole world is watching, and thousands of competitors join the hunt–among them certain powerful players who are willing to commit very real murder to beat Wade to this prize. Now the only way for Wade to survive and preserve everything he knows is to win. But to do so, he may have to leave behind his oh-so-perfect virtual existence and face up to life–and love–in the real world he’s always been so desperate to escape.

A world at stake.
A quest for the ultimate prize.
Are you ready?

There are few books that have me grinning from ear to ear, prose so electrifying I want to leap from my seat and shout to the heavens “this is awesome!” Start to finish inside me the little kid born in the 80’s was giggling while I read Ernest Cline’s “Ready Player One”. I had so much fun with this book, it was magical and fun and it spoke to the core geek in me.

Our culture is global today. Linked by a communication system that two generations ago only science fiction writers were able to fathom. Most of us are a log-in screen away from visiting any continent in the world. Software allows for language translation, allowing language barriers to crumble as if a sledgehammer had hit a concrete wall.  Regardless of this we still wake up, go to work, and interact with people face to face every day. Sure we have smartphones on our hips allowing us to check Facebook and send out tweets every second. But as a society we have not yet fully departed this physical world for the online community.

“Ready Player One” has a world were people are fully immersed in an online community. Think “The Matrix” except the characters know their jacking into a world where businesses can lease digit real estate to set up shop and avatars can walk into those online retailers as if walking to a brick and mortar Old Navy establishment. The technology is so advance we can smell, taste, and feel this world layered closely over the physical. Characters wake up after a night’s sleep and voluntarily escape to this world. They live in this world. They go to school there. They do business there. When they go to work they jack into the world of OASIS and walk their avatar into a vertical cubical. They swallow the blue pill and are happy not to wake up in the real world.

Who wouldn’t? Avatars can be tailored to look however a person wants. Go into one of those online retailers and buy some cool threads and be that person on the cutting edge of style. Buy yourself an asteroid and set up a secret lair. Of course, everything costs you. Nothing is for free, except creating an account; but grind through enough quests, win in the gladiatorial area games, and/or loot enough gold you’re set. There is an allure to this world that main character Wade Watts and his friends live in.

What Cline is doing is commenting on our culture’s addiction, our dependence on the virtual world and showing us the path our society is treading towards. Connected worldwide but doing so with anonymity and lies we paint directly on our faces to hide our insecurities. If anything this is a commentary on our society. That’s the deep, philosophical message I get from “Ready Player One”, the bitter dark chocolate center. But there is a thick layer of sweet candy goodness too.  Everything 80’s! The quest that the characters undertake, to find the ultimate in-game Easter Egg, is filled with puzzles tied to music, TV, the movies from those ten years. Plants in the OASIS are based on television shows and movies and fiction. It’s insane.

I’m a guy who was born in 1983. I played the classic sides scrolling video games. “Highlander”, “Heathers”, and “Back to the Future” are some of my most beloved flicks and I’ve rewatched them more times than I can count. I grew up with a single mother. She worked weekends at an office building that was vacant, its normal nine-to-fivers gone after TGIFriday. On those weekend she would pack up my little sister and me with a small TV, some rented movies, and the video game system (classic NES) and we’d spend the weekend at that office building with her she worked. My world was movies and video games. It explains a lot really about me actually. This was my world. “Ready Player One” appeals to those comforts from my childhood.

Perfect 80’s TV families are vital to a person who’s own home life is less than ideal. Blasting asteroids out of the sky or defeating Donkey Kong can pass the moments in life. This is especially important when a person has a hard time making friends, talking to the opposite sex, who’s shy, someone who is awkward in the real world. They need an outlet.  Video games and movies and TV can be that comfort. What is better? A world like OASIS is the perfect place to reinvent. Characters Wade, Art3mis, and Aech are these people. They latch on to the 80’s pop culture to not only find this Easter Egg an eccentric million gamer designer has left behind but also to fill their lives with hope. In OASIS the characters can master the world, they can level up and be strong.

Except the online world is just ones and zeros. At one point Wade desires human contact, he finds he wants to meet his friends in real life. “Ready Player One” is about finding strength in ourselves, coming together, and unplugging. Unplugging is not so easy. Although Wade wants to meet Art3mis, she is reluctant because of the veil OASIS has draped over reality. If drawn back, would Wade accept her? Author Cline does well to reveal our insecurities and fears by showing why Wade and his friends jack in and why they desire/need to ultimately unplug.  We need each other. In fact, Wade can only finish his quest, find the Easter Egg, and foil the bad guys by teaming up with his friends.

There I go again talking about the dark chocolate center of this 80’s pop! I think Cline has done a remarkable job of handing us a mirror to look into. The 80’s references populating this universe are wonderful but there is something much deeper to examine. That’s why–for me–this book is so rich. Story, nostalgia, and moral.

I won’t go into the specific references Cline manages to put into almost every other sentence, figuring those out is more than half the fun.

This is a book for the children of the 80’s, and the characters and references will touch those hearts more tenderly than anymore born later. Not to say the story is not fun for anyone else looking for a mashup of cyberpunk science fiction. It’s a great quest novel with heroic characters you want to root for and villains you’ll boo.

If you like fun than pick up “Ready Player One”. If you don’t, I’m not sure what to tell you.

Support the author and visit his official site by clicking here. Also, if you enjoy the book and want more nostalgia from Cline’s brain, look to “Fanboys”, a Star Wars love letter. Cline wrote the screenplay. For more on this movie click here.

Three high school teens in the woods on a Friday night… some beers… skaters with a grudge… what could go wrong? Add in a couple of genetically created … END_OF_DOCUMENT_TOKEN_TO_BE_REPLACED

A dark short story about one man’s oversight concerning his death.  Since dying was just not part of his daily routine, the man just went on with his … END_OF_DOCUMENT_TOKEN_TO_BE_REPLACED